A new logo for yahoo

“Project Purple”, as it was initially called, is inspired by the engine of search and email provider logo 1996. Yahoo, one of the Internet’s oldest search engines and email providers, has launched a new visual identity in an attempt to prepare “for the future.” The redesign, only the second in the company’s 25-year history, was spearheaded by Pentagram partner Michael Bierut and Britt Cobb.

Founded in 1994 by Jerry Yang and David Filo, Yahoo began life as a website directory. Today it offers a platform for email, news, finance and shopping services, as well as its long-standing search engine.

“Yahoo is a legacy brand, and it’s always been blatantly quirky,” says Bierut, pointing to the unusual brand name “yodel-like” and what he calls its original “Roadrunner-style” logo.

Its original appearance was representative of the oddities of the early Internet, but as Bierut puts it: “The Internet grew rapidly from childhood to adulthood, but Yahoo was still dressed in children’s clothing.”

Yahoo responded to this with a rebrand in 2013, having “fixed the craze” as Bierut puts it, with a more uniform design. This is how the company appeared when Bierut and his team were commissioned to redesign it.

“We wanted to find a way to bring back the spirit of Yahoo’s lost youth, without looking childish,” says Bierut. The team originally started with the idea of ​​simply modifying the original 1996 Yahoo logo. But they soon ran into trouble when they discovered that it couldn’t be updated without appearing as “childish” or “like a cartoon.”

“The spirit, not the appearance”

Bierut realized that what they needed was to “regain the spirit, not the appearance” of Yahoo’s past. The new look, then, subtly nods to the company’s early days by incorporating significant past designs, but gives them an update in the process.

To transmit a “Feeling of momentum and excitement”, the name itself has been tilted at 22.5 degrees. It now matches the company’s italicized exclamation point, which has been a part of the brand since its founding. This can now also be used as a more condensed “Y” when needed for smaller icons or marks.

“A voice of confidence”

Bierut and his team believe that the new visual identity will help Yahoo position itself well for the future. “The above design was designed to look good on a desktop monitor, nothing more, nothing less. This new design means that they can be viewed correctly on all devices.

“Yahoo has never tried to be an authoritative voice [en Internet], but this rebrand will show that it is a reliable voice ”. https://player.vimeo.com/video/361310651 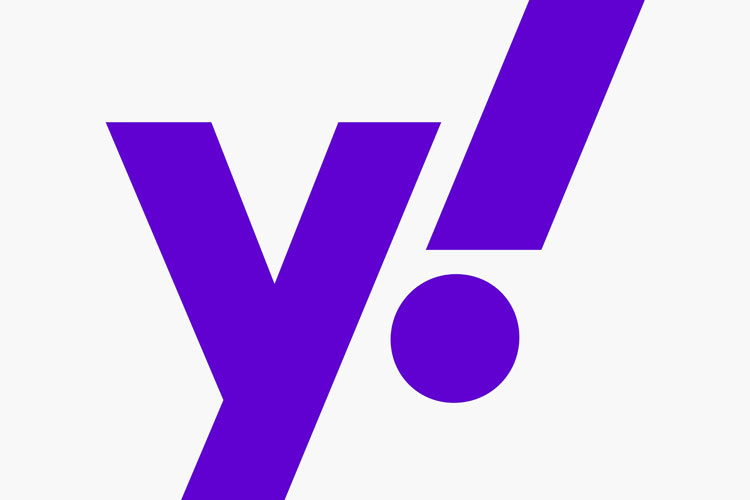 The last time we talked about Yahoo! the logo was in the distant past of 2013 , when they decided it would be “fun” to release a new logo per day, for 29 days, before revealing the new (old) logo on the 30th. Not only was it an unfortunate build but the climax was far from climactic in part because the logo wasn’t a full train wreck, which at least would have given us all relief from our pent-up frustration. At that time I called it “good” and six years later I still consider it good, I think it managed to keep some of the peculiarities from the originalwith the larger “O” leading to the exclamation point.

Looking at it now with accumulated wisdom, LOL, from six more years of logo review, I really feel like it was a pretty good solution and if the “YA” pair could have been solved better it would have been a great logo. But it’s too late for that and here we are, in front of another lowercase sans serif geometric logo.

The new logo is perfectly, absolutely fine. The new logo is also perfectly, absolutely indistinguishable from a hundred other logos that will come out in the last two or three years. Even the exclamation point, at its dizzying 22.5-degree angle, goes unnoticed, blending in with the rest of the nice, round, and kind letters that each company has become complacent with as a solution to a new logo. Which is a bit sad for the exclamation point because I like how its angle matches that of the “y” and it’s a valiant effort to capitalize on the name’s two strengths, but its delivery is so unexciting it’s hard to appreciate.