While the language of “don’t judge a book by its cover” is certainly relevant to musicians, let’s be honest: having a great album cover can’t hurt. Whether you’re new to the music scene or crafting a brilliant track record, the cover is very important. Think of it as a spokesperson for the music your band worked so hard to create, and the mood the music embodies with each chord. Here, we’ll dive into the best album covers learning from past hits, exploring best practices, and helping you take the next steps in creating an album cover design.

Cover of The Beatles’ Abbey Road via EMI, Olympic and Trident Studios

Looking back at iconic album covers, what they all seem to have in common is instant recognition. The cover doesn’t have to be game-changing (the songs will take care of that part), but it does have to be memorable. Look at the Fleetwood Mac “Rumors” and the Michael Jackson “Thriller”. Both covers support a simple aesthetic and feature quintessential images of the artists. They are not controversial nor are they particularly conversation worthy, yet they have stood their ground as some of the best known album covers ever.

Some of the more celebrated album covers don’t feature the band at all. And in the case of “The Dark Side of the Moon ”by Pink Floyd, there aren’t even words – just the artwork that ended up being so iconic that it became a timeless, ultra-recognizable logo for the band. Nirvana’s “Nevermind” and Blink 182’s “Enema of the State” also omit images of the band and have become widely recognizable not only as album covers, but as conversation pieces as well.

For Nirvana in particular, his music was a niche. However, regardless of a listener’s interest in grunge, they can quickly identify the baby swimming toward the dollar bill. Sure, it’s weird, but it’s memorable, and it’s worth talking about.

Then there are the classics, like The Beatles’ “Abbey Road,” possibly the most famous and most imitated album cover. While not quite “The White Album”, the cover of “Abbey Road” is also quite simple. Sometimes simple is really good. In the case of The Beatles, a minimalist album cover allows the music to speak for itself.

We love the classics. Who doesn’t? And while many current album covers use principles similar to proven favorites, there are new concepts to consider as well. Think fresh shapes, ultra-saturated colors, and contemporary themes. Consider who you are as a musician and how you can best express yourself in a whole new way on your album cover. Here are some routes to explore:

Think “The Dark Side of the Moon.” There were no people on the cover, and in reality, most were just black. But the parts that we’re black were geometric, and this concept is a solid approach to a modern album cover. You don’t need crowds of people and tons of text to help tell who you are, and there is something very intriguing about geometric designs. They lure the listener in.

Your album cover is not just an album cover. Is a T-shirt. It’s a poster. It’s everywhere and everything, really. When done successfully, a vibrant album cover is a winner. Do you remember Santana’s “supernatural”? Yes, just like everyone else. Go bold

How U Been album cover design by LazebraArt

The music industry is a place where it’s totally okay when you don’t fit 100%. Look at the success of Tori Amos: Decades later, her music still can’t fit into a specific genre. If your music is more than one thing, or one thing that defies categorization, your cover should be too. Consider a route that incorporates your non-traditional style and serves as the perfect companion for your music. An artistic, hipster album cover shows potential listeners that you’re a bit ‘out there’, but in the best possible way.

So It Goes album cover design by Shwin

Say What You Say album cover design by saska

Tori Amos’ From the Choirgirl Hotel album via Martian Engineering

Turn up the volume on your next album cover

You’ve caught up on the best album covers and seen inspiration from some of our favorite modern designers. Now is the time to do it and get an amazing album cover that deserves platinum status. Our designers will help you make the ideal arrangement! 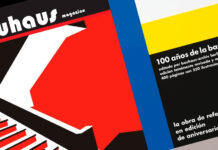